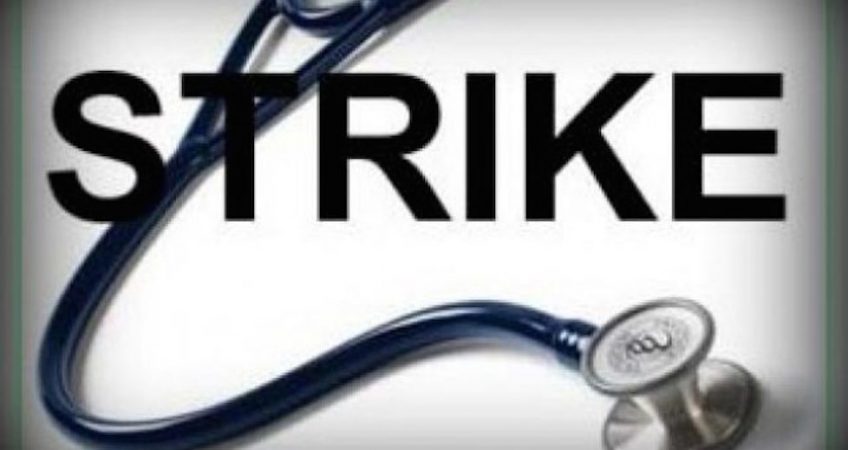 The Joint Health Sector Union (JOHESU) has ended its skeletal strike lasting three days with a rally from 8am to 12 noon.

The union had commenced a three-day warning strike starting from Monday, February 11 to Wednesday, February 13, across the country, over non-payment of salaries of members for the months of April and May 2018.

The union was also calling on federal government to honour court injunctions on matters of JOHESU.

According to the union, members’ salaries were withheld following the federal government’s no work no pay policy during May 2018, industrial action embarked upon to press home it’s demand.

Members of JOHESU Federal Medical Centre (FMC), Jabi, during their protest Wednesday, told Blueprint that fresh strike looms if their demands are not resolved by the federal government.

The president of JOHESU FMC Jabi, Abuja, Talatu Haruna, said, “We are here to express our grievances about the bad situation of the health sectors in Nigeria because this minister as not deliver.

“We are appealing to the next president of Nigeria to look into the health sector. Not to just put anybody as a minister of health, he should put somebody with passion because as you can see they have ganged up. They have almost finished selling the entire health sectors department like pharmacy, lab and other important departments that common man can come and get health within his limits.

“We say no to privatisation. We say no to corrupt minister. Any country without health is already a collapsed country,” she said.

General secretary of the chapter, Comrade Francis Anyawu, said, “This is a peaceful protest rally to face down the unlawful withheld of our April and May 2018 salaries; And the inadvertent refusal of the Federal Ministry of Health and this government to review the upward adjustment of our CONHESS salaries as they have done for our doctor counterparts.

“We have been neglected for too long. We want government to honour court judgements in favour of JOHESU. None of them has been done. It is not good.

“This is just a warning of what may happen if government didn’t act fast in the elapse of this ultimatum. It has ended today with this protest all over the country, so we await the next instructions from our national body,” he said.

The protesters carried placards with various inscriptions like: ‘Nigerian’s health is not for sale. Therefore, we remain resolute in our stance against sale of hospital’s’; ‘Let’s say no to tyranny and injustice in the health sector’; ‘No April and May salary of health workers no vote’; No JOHESU, No hospital!.’